ActiveVoice: Basketball bounces back in the East 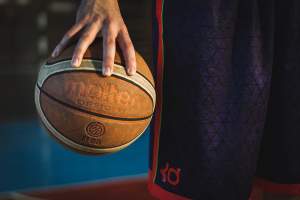 Basketball has made a comeback in the Eastern Bay, thanks to some keen volunteers who wanted to offer a local league to secondary school-aged students.

Prior to 2015, only a small handful of Eastern Bay basketball teams travelled to Rotorua or Tauranga to compete. For these teams, there was no local competition, and the effort and resources required to travel around the region proved challenging.

After several discussions with local schools about how we could make this sport more accessible, I formed a committee in 2015, which led to the introduction of the local Friday night league.

In its first year, the league attracted 12 teams. This year the numbers have increased to 24, with more than 230 participants registering. There’s been plenty of interest too – in fact, other teams have been turned away due to the local facility’s limited capacity.

Once we put the idea out there, it was the community who made it happen. Since then there’s been a huge increase in player skill levels and these teams can really hold their own in regional competitions.

For us, it’s great to see more kids participating in a sport that wasn’t previously accessible in the Eastern Bay and I look forward to seeing how they get on in the National competition.

Like any community sport, it relies upon the support of parents, schools and the wider community. Fortunately the right people have come on board in the Eastern Bay and are helping drive things in a positive direction.

That said, there is always a need for more people to help, and for those interested in refereeing or coaching, please get in touch with Audri Abbot on audriabbot@gmail.com