ActiveVoice: A New Buzz in the Bike Sheds 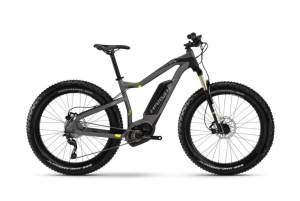 E-bikes, they’re a water cooler discussion that divides; the cycling purists scoff, while others are sold.

An e-bike or electronic bike has an electric motor that assists with forward propulsion. There is still pedalling involved, and some exertion depending on the level of assistance used.

A quick google search reveals multiple e-bike retailers and rental options locally so I decided to take one for a spin. Apparently they’re popular too, as all the regular rental e-bikes were checked out and I was offered a Fat Boy - twice the fun!

I went out with my husband and two young kids and we rode the flat area around Sulphur Point in Rotorua. It was great! Everyone had a go and the smiles were huge. In fact, I was lucky not to have to give it up on the return trip. We ended up doing an easy ten kilometres on a still, warm night.

So back to the discussion around the office. In an organisation that encourages people to get active there were views on different ends of the scale.

In my opinion, e-bikes surely have their place in the cycling world; they offer the opportunity for those that used to be able to ride a bike comfortably the chance to still get out and about. We all know being part of a social group, or having the chance to enjoy the outdoors offers multiple benefits – not just fitness.

There’s a local cycling group who meet weekly where at least eight of the cyclists now use an e-bike, if not they simply wouldn’t be there.

An informal survey reveals the average user is aged above fifty and there are some great stories out there. I chatted with Andrew at Frog-eBikes in Rotorua and he had a lovely story of one couple who had always ridden bikes together until a recent health issue had put one of them off the bike. A recent e-bike purchase means they can now both enjoy their favourite pastime together.

Another great yarn involved a father who rides his e-bike alongside his road cycling daughter who is training for a road race. In this instance it feels like it provides more of an even playing field.

Hire bikes start from $18 per hour and $2000 to buy. With this current growth and awareness there will be a lot of people who secretly want to ride an e-bike – give it a try!

If you are keen to get on two wheels this summer there are ample opportunities – check out www.sportbop.co.nz/februarybikemonth to find out more, including the Aotearoa Bike Challenge and the Rotorua Bike Festival.