In 1969, Una Wickham was honoured as the inaugural Supreme Award winner at the first Bay of Plenty Sports Awards.

In her early career, Wickham was a P.E. teacher, and she was a talented athlete in cricket and golf. She represented New Zealand in golf on eight occassions between 1953 and 1963.

Wickham was known for her keen analytical mind and strong hitting. A member of the Tauranga Golf Club, she won the Senior Women’s Club championships a remarkable 16 times; seven years in a row between 1954 and 1960, and on nine other occasions between 1965 and 1980. 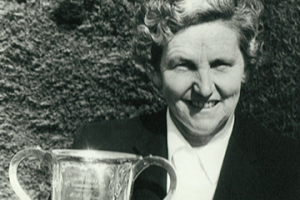 Wickham was devoted to golf and its players, and was a strong proponent for ensuring the national selection of leading athletes.

She passed away of leukaemia in 1983, having only been diagnosed five days prior, and tragically missed captaining the New Zealand team in that year’s Tasman Cup. She was 60 years old.