To celebrate the 50th Bay of Plenty Sports Awards, we're taking a look back at some of the winners of previous years. This week - the Rotorua Netball Centre who won the 2017 Ebbett Tauranga Club of the Year.

With a membership of 3000, and an increase in 17 teams over the previous 12 months, the Rotorua Netball Club has gone from strength to strength in recent years.

The centre is managed and delivered by volunteers, and in 2016-17 hosted nine regional tournaments and festivals, including New Zealand's largest club tournament. 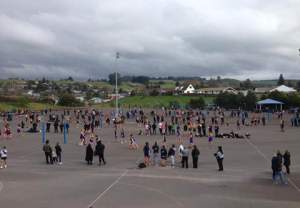 "The Rotorua Netball Club has done a great job in engaging volunteers, providing participation opportunities for all ages and investing in facility improvements to ensure the club can meet the needs of the local netball community.

"Nominations for this year's Bay of Plenty Sports Awards close noon Friday, October 5 and I encourage clubs to reflect on their achievements over the past year and consider submitting a nomination."