After nearly 33 years, the Waikaretaheke River is back as a canoe slalom and whitewater course, hosting the 2019 North Island Slalom and Whitewater Champs on 23-24 March.

A Bay of Plenty contingent convoyed the five hour trek to the course near Waikaremoana to be part of the 45-strong competitor field. 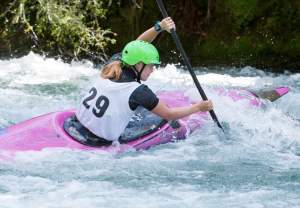 And well worth the trip it was too – an absolutely beautiful stretch of river, fast-flowing, challenging and open. The course has been enthusiastically and lovingly rebuilt by the members of the Hawkes Bay Canoe Club, some of whom competed here 30 odd years ago. The course was destroyed when Cyclone Bola ripped through it in 1988.

It’s great to have another natural course to test the mettle, as well as the man-made courses.

“Epic” was a word used often by the paddlers to describe the event in late March.

There was a great showing in the medals by our Bay of Plenty paddlers at the Champs, an excellent forerunner to the next two events on the canoe slalom race calendar: NZ Secondary Schools being held on the awesome Tarawera River at Kawerau on 12-16 April. Secondary Schools will kick off on the Sunday with individual Canoe Slalom Racing followed on 15 April with Team Racing. On Tuesday April 16 it will end with a bang as everyone will compete in Downriver and Extreme Slalom.

From Thursday 18 to Sunday 21 April the Canoe Slalom NZ Nationals which will be also be held at Kawerau. Over these four days you will have the best NZ paddlers, including Luuka Jones, competing to be crowned national champion. If you are near Kawerau during the National then be sure to pop by to catch all the action. 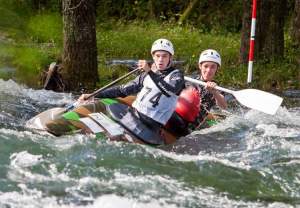 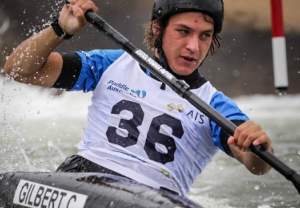