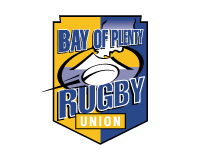 The Steamers will kick their 2018 Mitre 10 Cup campaign off at Rotorua International Stadium on Saturday 18 August at 7.35pm hosting Taranaki. They will then hit the road north to meet another Chiefs opponent Counties Manukau in a Thursday evening battle on 23 August at 7.35pm.

The side will then return home in week three to host Mitre 10 Cup Premier Champions Canterbury, in the Steamers first afternoon fixture at the Tauranga Domain on Saturday 1 September at 2.35pm.

In weeks four and five the Steamers will play two consecutive games away, firstly hosted by Hawke’s Bay for the iconic Battle of the Bays, where the side will be looking to defend the Macrae-Shelford Bay Cup on Saturday 8 September at 4.35pm. The team will venture north to face North Harbour on Sunday 16 September at 2.05pm.

Week six will see the Steamers return home to Rotorua International Stadium to host traditional rival Waikato on Friday 21 September at 7.35pm. Remaining in Rotorua for week seven the side will face Manawatu in another evening fixture on Thursday 27 September at 7.35pm.

The team will complete their double header on the road, with their midweek fixture against Otago on Wednesday 3 October at 7.35pm, followed by an afternoon match up against Southland on Sunday 7 October at 2.05pm.

The final scheduled home game for 2018 will be held on Saturday 13th October where the Steamers will host the mighty Taniwha from Northland at the Tauranga Domain at 2.35pm.

Bay of Plenty Rugby Union CEO Mike Rogers said the Union is excited for the upcoming season to kick-off in August.

“We have some great home games this year that we think will provide the opportunity for our community to get along and support their team. The Saturday and Friday night games against Taranaki and Waikato in Rotorua should be great nights and having Saturday afternoon games at the Tauranga Domain versus Canterbury and Northland are sure to be very popular based on last years experience.”

The top four teams, in each of the Premiership and Championship, at the end of week nine will proceed to semi-finals over the weekend of the 19 – 20 October. The winners of those then head to the finals the following weekend to determine the Mitre 10 Cup Premiership winner, and the team who will be promoted from the Championship.

Tickets will be available to purchase from July.